Hosted by The Board of Trustees and Foundation Board of Directors of San Diego Zoo Global the Conservation Medal Luncheon and Awards was held on Monday, August 8, 2016 for Circle of Friends and Heritage Guild members with Director Barbara J. Menard in attendance.  The 2016 Conservation Medal was award to two recipients:  Dr. Jenny Gray, Chief Executive Officer, Zoos Victoria, Australia and Cameron Kerr, Director and Chief Executive, Taronga Conservation Society Australia, Tarona Zoo.

San Diego Zoo Global began its association with the Melbourne Zoo in 1949. Zoos Victoria’s programs cover a broad range including conservation, animal welfare, education, veterinary care, and research.  Their slogan is “Fighting Extinction!” and Dr. Jenny Gray has been a champion to many zoos with this shared goal.  Zoos Victoria is committed to protecting native species from frogs to lizards, from parrots to bats and marsupials to promote their recovery.  They have pledged that no terrestrial vertebrate species from their region will go extinct on their watch.

Like the San Diego Zoo, Taronga Zoo also celebrates its 100th year on October 7th.  The close ties began in 1925 when the Taronga Zoo sent Snugglepot and Cuddlepie, the first koalas to the San Diego Zoo.  Today the Taronga Zoo cares for 4,000 animals from more than 350 species, many of which are endangered such as Tasmanian devils, regent Honeyeaters and Corroboree frogs.  Taronga’s conservation mission:  “Our cause is the wild.  We believe that we all, humankind and animals have a future together.  We believe in a world that we can share, a world where all our wild species can make a comeback…”  Cameron Kerr believes that this goal can be realized by delivering vitally important community education programs and continuing the commitment to worldwide wildlife conservation. 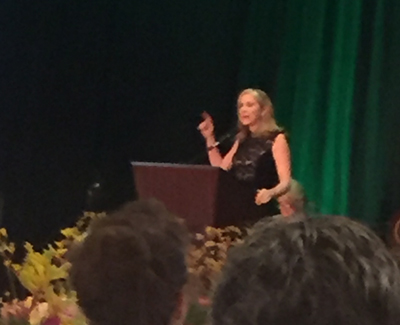 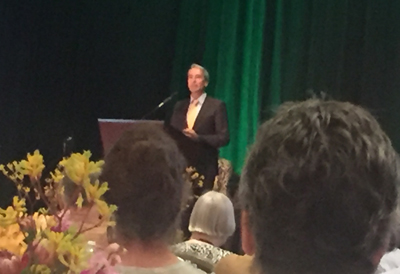