History of the Menard Foundation 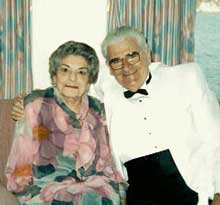 The inspiration for the establishment of Menard Family Foundation came from the values and lived example of Bernard P. and Mary K. Menard.

Mary Katherine Chafey, born and raised in rural Pennsylvania, was the oldest of the four children of C. William and Mary Catherine Chafey. 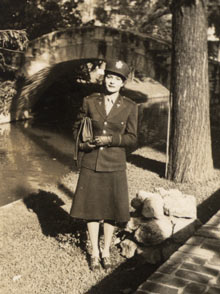 Known as Kate to her family. she embraced the role of caregiver early in her life as babysitter for her brothers, and for a nearby family and their twin sons.

After graduating from Shillington High School, the desire to help others led her to study nursing. She received her degree and license as a registered nurse from St. Joseph’s School of Nursing in Reading, PA.

Mary Kate continued her work there as a surgical nurse. Once the United States entered World War II, the call to service and caring for the needs of others led her to enlist in the United States Army in July 1942.

Bernard Prudent Menard was the oldest of the three sons of Prudent Bernard and Rena Blais Menard.

Known as “The Judge” by his brothers, a title he earned because he was always telling them what to do, he embodied the role of leader and role model from an early age.

His family moved from Minnesota to Illinois and settled in Hollywood, California by the time he was three years old. He was raised among his mother’s French speaking sisters who worked as seamstresses and tailors. His father’s brothers, also French speaking, were professional musicians in the “Big Band” era in Hollywood. He attended Blessed Sacrament grammar school, Hollywood High School and he graduated with a degree in mechanical arts from the University of California at Los Angeles (UCLA) in October 1943. He lettered not in athletics but with a proficiency in riffle, and as a second lieutenant, was sent to Fort Hood as a riffle instructor.

Both Mary and Bernard were nurtured by the Roman Catholic faith of their parents. Growing up during the Great Depression, they were exposed to the struggles of many families to find adequate shelter, food, and clothing. They both valued hard work, doing one’s best, the value and responsibility of caring for others, and a concern for those who are in need. Their generosity and selflessness is known to many.

Bernard and Mary met on a blind date as young lieutenants in the United States Army. Mary Katherine was working as a surgical nurse at McClosky General Hospital in Temple, TX and Bernie was stationed at Fort Hood, Texas. He was sent to drive Mary to an officer’s party, a party she did not want to attend because she had to report for work at 11 p.m.

At the end of the evening Bernie asked Mary Kate if he might see her again. He would come and pick her up Sunday mornings and their dating included attending services at the base Roman Catholic Church.

Bernard continued to court Mary Katherine as they served in Europe during World War II,

Upon their return they were married in Hollywood, California on August 16, 1946. They moved to San Diego, California in 1947.

In 1949, Mary Katherine focused her energies as a homemaker raising their daughter, Barbara. Bernard joined Kieran F. Vanier at Business Forms Printing Company, a small printing company with only two presses. From its humble beginnings the company grew into a multi-million-dollar graphic arts corporation. The name was changed to Vanier Graphics Corporation, and the presses rolled with products from carbon-coated multi-layer forms to continuous-computer forms to optical character-recognition forms.

In 1976 Vanier Graphics merged with American Business Products, added five new companies, and expanded to a nationwide company with a nationwide sales force. Mr. Bernard P. Menard advanced from Sales Manager to Vice President to President and Chief Operating Officer. Because of his successful business experience, Bernard and Mary made significant investments that enabled them to begin their practice of annual charitable giving.

Slider of Pictures of Mary and Bernie

Both Bernie and Mary were people of deep faith who sought to share from their good fortune to help those in need. They were deeply committed to education, the arts and music, conservation and research of animals especially endangered species, and healthcare and the advancement of science through research. Their gifts have gone to provide direct service to those who are disadvantaged as well as helping to educate and support those trying to better society for the good of all.

In December 1998, Barbara J. Menard established the foundation to continue the philanthropic activity of her parents and MFF was registered as a charitable non-profit corporation in March 1999.

Old Slider with pictures of the Grant Areas of Focus

The grants made by the Board of Directors of Menard Family Foundation continue this emphasis and values held by Bernard P. and Mary K. Menard. 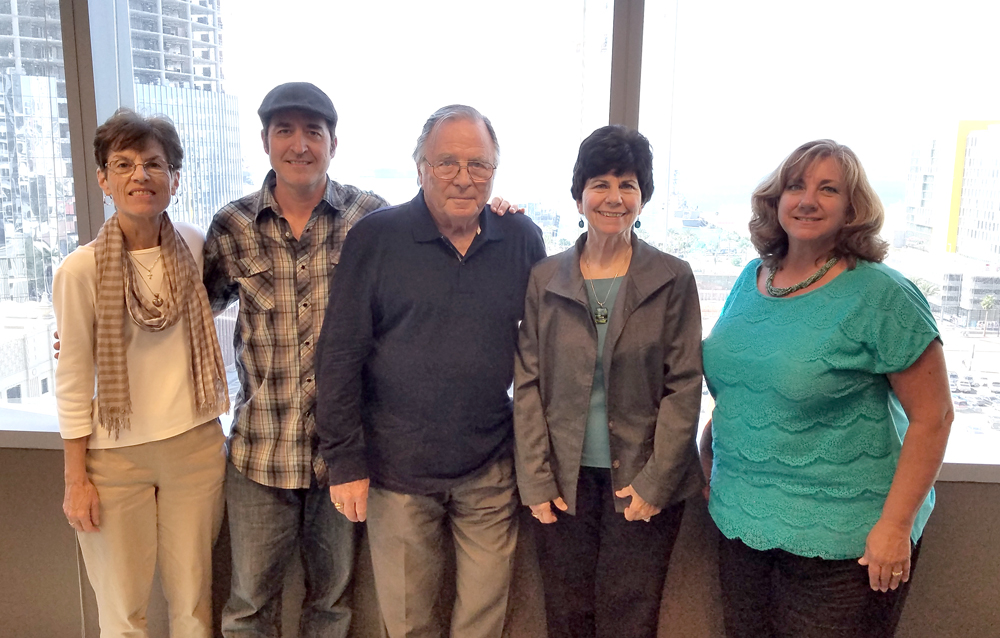 Formed by a respect for the dignity and worth of every human person and acting on the Judeo-Christian values of justice and mercy, Menard Family Foundation supports organizations which seek to enhance lives through medicine and medical research, education, music and the arts, direct service to the poor and under served, and by animal conservation and therapeutic programs. Through local and international grants, Menard Family Foundation offers opportunities and hope to people around the world in order to help them to reach their full human potential. Menard Family Foundation provides financial assistance to Roman Catholic and other faith based organizations including social service organizations, parishes, schools, retreat centers and retired religious.